Whether you’re a start-up or a blue-chip, expanding into China should seem an increasingly attractive business opportunity. The country is home to 25% of global consumer sales, and that market share is growing year-by-year (source: Deloitte).

The question is: if China is such a high-potential market, why isn’t every multinational brand trying to do business there?

Some businesses simply aren’t a good fit for China, whether that’s down to their offering, logistics or any of a number of factors. However, in many cases, the main obstacle to expansion is unfamiliarity with Chinese business practices and consumer behaviour.

To do our bit to put this right, LAMA interviewed three entrepreneurs who have experience in the Chinese market. We’ve used their insights to create this guide on expanding a business into China, which touches on topics including marketing tactics, building a business network, and cultural considerations. 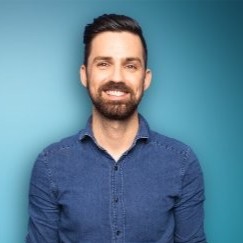 Stuart studied Chinese at university, and has since lived and worked in China as a PR and branding professional. He’s now a director at Bulletproof, an international brand and packaging design agency, based in London. 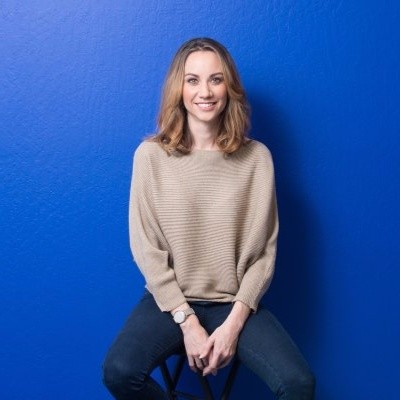 Heather’s company helps tech brands reach new markets around the world. She has extensive experience of dealing with Chinese businesses. 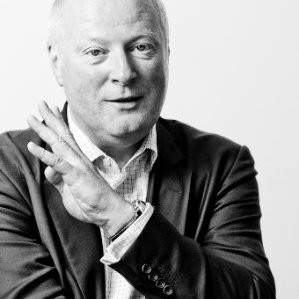 Ask anyone about their experiences of doing businesses in China, and they will probably tell you about the importance of making contacts in-person.

“You really need to spend time in the country,” says Stuart McClelland, who works as Client Growth Director at Bulletproof, a brand design agency.

“Chinese business culture is really about face-to-face relationships. You need to go for meals with them; go to karaoke with them – that’s a common way to build relationships,” he says.

“Get used to drinking a lot of rice wine, going to a lot of karaoke bars, and having big banquets.”

“It really helps to go to as many of those as possible, exchange business cards, and go out for dinner with as many people as you can,” he says.

For those of you who can’t justify the airfare to China, a good alternative might be to attend trade fares happening nearer to you, which could include events like CES Las Vegas and IFA Berlin. Many trade fares around the world have events or spaces dedicated to Chinese businesspeople who want to make contacts from other markets.

“Often foreign nationals are surprised with formal deals being done over a drink and a handshake, but this is not something to shy away from,” she says.

“A term many will come across is guanxi, which means networks and connections,” says Delaney.

“Finding someone with guanxi will be essential when moving into this territory to help generate new business, partnerships and a better understanding.”

“Firstly, you need to have somebody on the ground who can actually deal with the operational aspect – for example, dealing with legislation and the official aspects of running a business out there – but also because you may want to have a network to bring your product to market,” says Sheridan.

“Having just one partner is a weakness, as that person could take what you’re doing and, in some way, hurt your business. 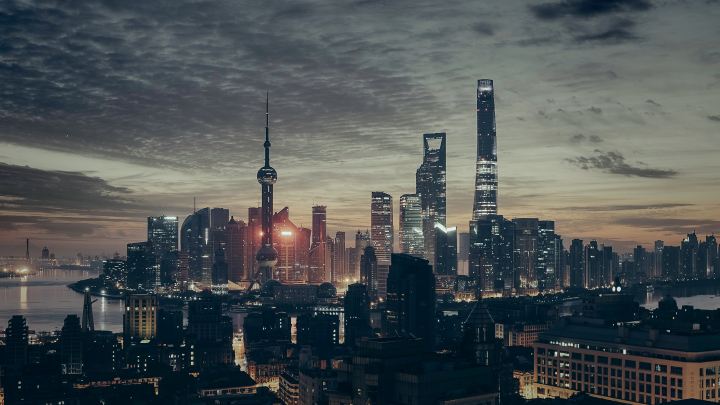 Core marketing theory such as the 4 Cs marketing mix of Customer wants and needs, Costs, Convenience and Communication is just as relevant in China as it is in any other market.

That said, there are several aspects of marketing that work differently in China – especially the channels brands can use to reach consumers.

“A lot of the tools you’d use in the West from an online perspective, such as Facebook, Instagram, Twitter, all those websites and applications are unavailable in China,” says Stuart McClelland.

“So, the number one tactic would be to get very familiar with WeChat, which is the main platform for communicating with friends and family, and for businesses to communicate their positioning to potential consumers.”

Heather Delaney stresses the importance of mobile and e-commerce:

“With over 95% of the market on mobile, businesses need to think differently regarding how they target consumers and the best way to encourage engagement with your brand,” she says.

“The average [Chinese] consumer spends over 3 hours a day on social media and e-commerce sites, so making sure you are available on BAT (Baidu, Alibaba and Tencent) could help make or break your sales, while social platforms like WeChat and Weibo are two favourites to consider.”

Michael Sheridan singles out social as an even more important marketing channel in China than it is in the West.

“[Chinese] millennials are very keen on social media; it’s more prevalent than it is in our own mature market,” he says.

“You have to have a great social campaign, and you have to have that constantly happening because that’s the way that whole generation communicates.”

Wherever you’re operating, the best approach to marketing will always be to test your ideas, measure the results, then refine your strategy and try again.

Try using a variety of marketing tactics on your Chinese audience, whether that means commissioning articles and podcasts in Chinese, posting video content on social, or optimising your content for key Chinese search engines like Baidu, Shenma and Haoso. 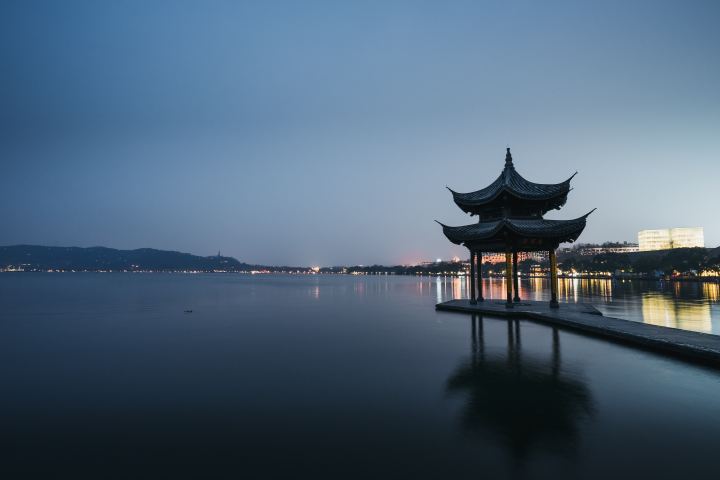 Pick up some Chinese

“It’s remarkable the amount of people who don’t make the effort to learn a few simple phrases and cultural etiquette tips and norms,” he says.

“Doing so will show you are really making the effort to understand their culture, their history, their political system. There’s a number of ways you can do that without even spending too much time, money or effort.”

The language most commonly used by international business people in China is Mandarin Chinese.

However, the best language to learn may depend on which part of China you intend to network in. For instance, Cantonese is widely spoken in the business hubs of Guangzhou and Hong Kong.

To get started, you could try learning the basics of Mandarin online via a free service, such as Duolingo. It’s very likely you’ll need to take in-person classes or practice with fluent speakers in order to become proficient. 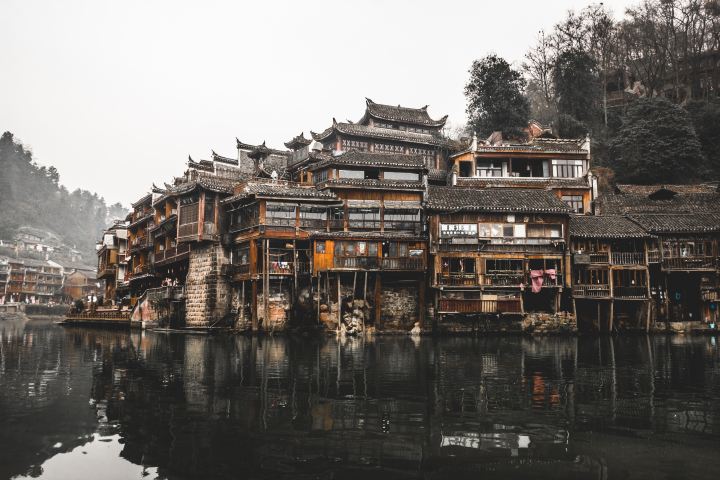 Brush up on Chinese business etiquette

For example, did you know the polite way to hand over a business card in China is with both hands? Or that gifts wrapped in white paper are associated with death, and are therefore considered taboo in a business context?

Michael Sheridan offers some great advice on gifting to Chinese contacts and clients:

“I think the adage ‘Surprise, Delight & Generosity’ works really well in this context. We work in the luxury sector, and booze is one of the areas that works particularly well. The Chinese like whisky and hard spirits as much as anything else. They like the swagger of a flagship statement about the brand; and they like hearing the explanation of what it is that makes something special.

“There’s a huge association with gold as a material, so if you’re talking about luxury and those sorts of sectors, make sure you’ve got plenty of gold about or at least gold-looking materials.

“Chinese people are very aspirational; they want to improve. Knowledge is a key aspect they can absorb, so be generous with information, and if you can be, with product. They need to go away feeling they’ve learned something they didn’t know before, and that their life will be richer as a result of engaging with your brand.” 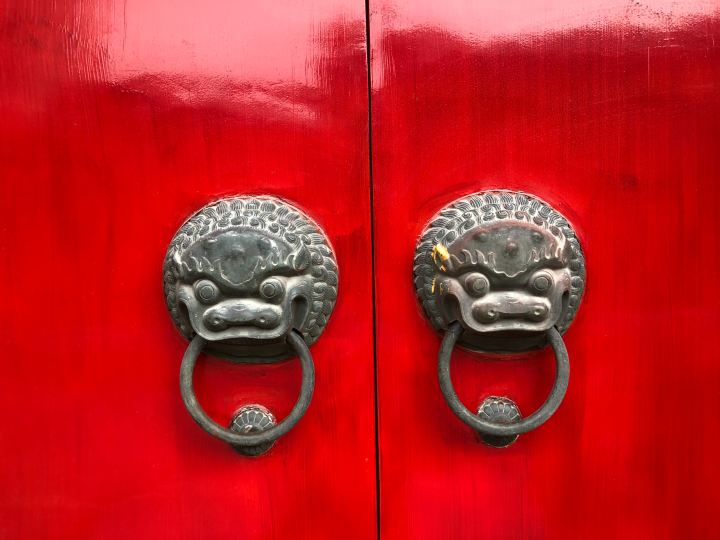 Learn from the mistakes of other businesses

Some of the world’s biggest brands have failed in their attempts to expand into China – notably including western internet firms (WIFs) like Google, Amazon, eBay and Uber.

Feng Li, a professor at Cass Business School, London, spent five years studying the reasons why WIFs were struggling in China, whereas western companies dealing in material goods such as cars, clothes and hardware were relatively successful.

Through a series of interviews with western business leaders and Chinese insiders, the study identified the following factors:

These findings would suggest a careful approach is key for any business looking to expand into China. Heather Delaney agrees:

“Wherever your business is based, when moving into new territories you need to take a step back and fully consider the cultural differences before you launch to market. This might be reconsidering your digital adspend, resellers and distributor tie-ups, or even the structure of a new business.”

“By speaking to others who have previously walked this path, worked with Chinese companies or expanded into China, you will be able to find the expensive pitfalls and avoid them.”

“I think a lot more people see China as this captive market of a-billion-plus increasingly wealthy people, where there’s a lot of scope to make money,” he says.

“This is true, but it does take time, it is competitive, and it’s a very different market. Go with some caution, some thought, and perhaps some anticipation that it’s not gonna be as easy or straightforward as you expect.”

With these points in mind, the best option for businesses looking to expand into China might be to test the waters by launching in a more westernised Asian market first.

“You may want to think about looking at Singapore and Malaysia as a softer entry into the region,” says Michael Sheridan.

“They describe themselves as the gateway to Asia, and there’s a reason for that, in that they’re probably more north-west-hemisphere-friendly and they behave more like westerners,” he says.

“You can find partners in those regions that can then help you go into China.”

Do you have experience of expanding a business into China? Or are you a Chinese entrepreneur with insights to share on the Chinese market? If so, please introduce yourself with a video via LAMA App.